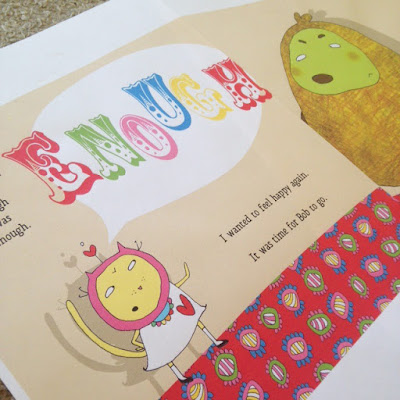 Hello! I'm back... with a little exhibition treat!

Aaaaaah! What a really long time it's been between blogging. Without getting into too much nitty gritty, I just needed some time out. But it feels really nice to be back. I have this newfound sparkle and spirit about my little jookiku world and am really excited about sharing it all with you in 2015. Yay!

Hey, what better way to share my jookiku characters than with an exhibition! One of my little characters, Alastair the bunny, was transformed into 3D for an exhibition titled "Little Creatures" held in the shop/gallery called "The Creatory" in Summer Hill, Sydney. The only prerequisite was that every creation could only be 15cm or under. The exhibition started last Saturday week, March 28 and runs till Saturday April 11. So if you are in the area, there is still time to take a peek! Please pop over and take a look at "The Creatory" blog here....they have a special link to the blogs of all the different 'makers' explaining each of their creative processes. And they have even featured really lovely pics of Alastair on their blog and facebook page too :)

It's so funny as I haven't done any kind of paper mache since I was a kid, but I had a definite 'flash' of an image in my head of one of my little characters as a paper mache creation. And that is where the idea of Alastair: Bunny By Day, Crusader By Night, was born. I have attached some photos showing the process....starting with bending fuse wire to create the shape, then  applying paper mache over that frame. After lots of blowdrying, Alastair was then ready to paint.....that was the fun bit, he really came to life then. And then dressing him....making a little red velvet jacket and using lots of coloured felt for bits and pieces (felt has got to be my favourite type of fabric-no hemming!!) 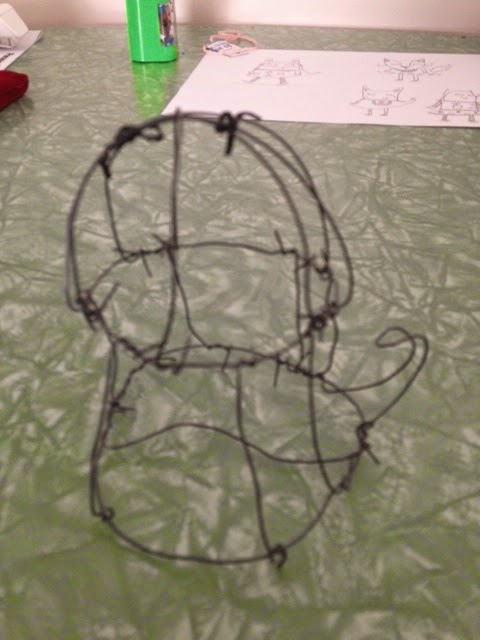 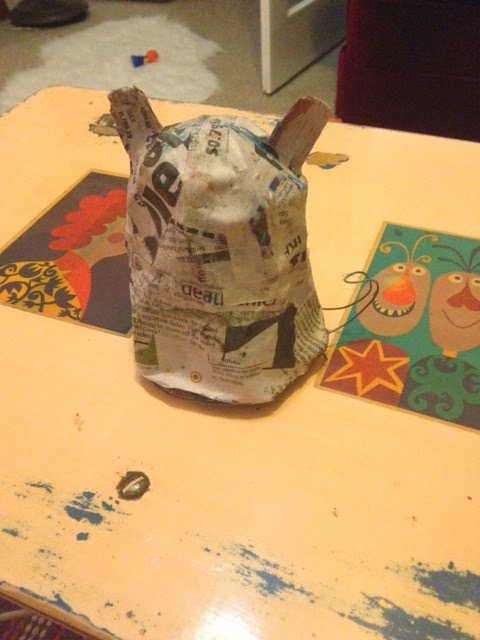 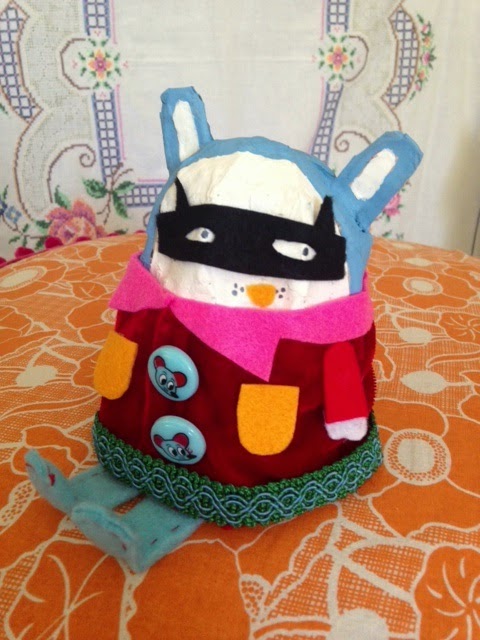 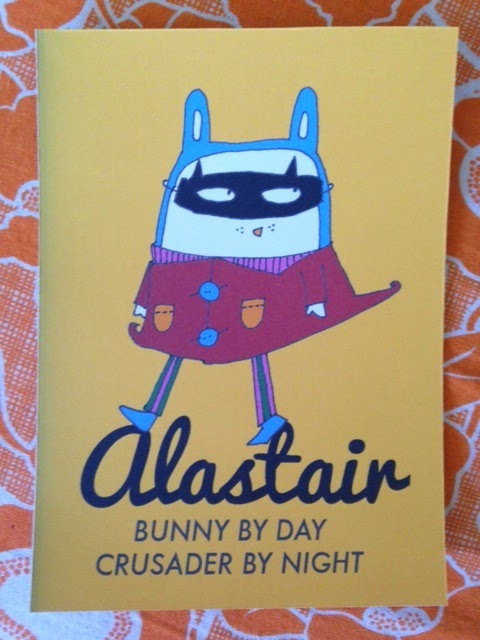 I think he has been having fun over at "The Creatory" with his other little friends and he was actually sold on the first day of the exhibition, so will be off to his new home. 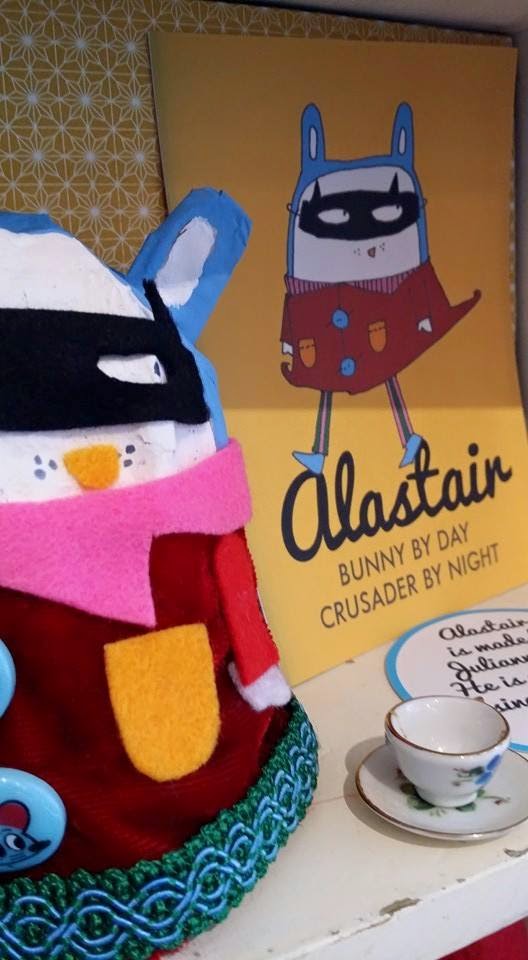 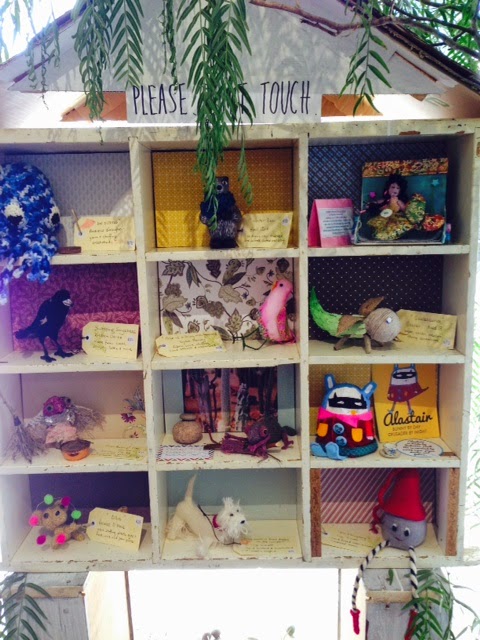 He is my first ever 3D jookiku character, but has definitely inspired me to make more....I can't wait! I think there will be a jookiku menagerie very soon! 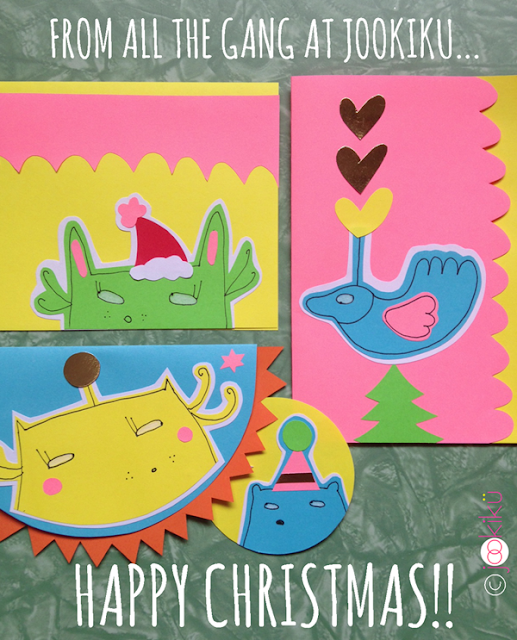 I would just like to wish everyone a wonderful, safe, happy Christmas from all of us crazy critters over here at jookiku! We wish you lots of love and peace at this time.

I have been very quiet over here on the jookiku blog and it's crossed my mind that maybe blogging isn't for me. i am very much an instagram girl! You can follow me here if you are too! Anyway i will see how i go in 2014...

The reason i have been pretty quiet is that i have been 'head down, tail up' creating lots of new little characters to add to the jookiku family...i have had so much fun, getting back to my collaging, and i am so excited to show them to you in 2014. Here is just a few of my new little buddies.... 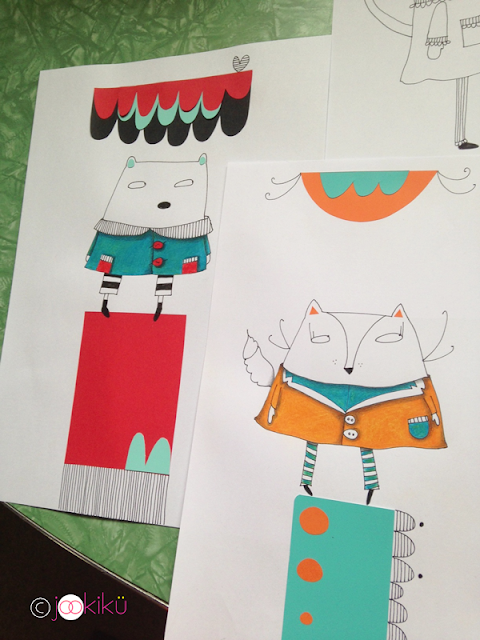 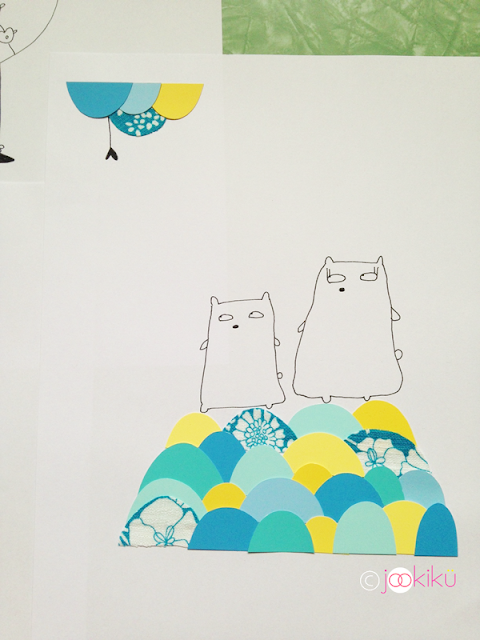 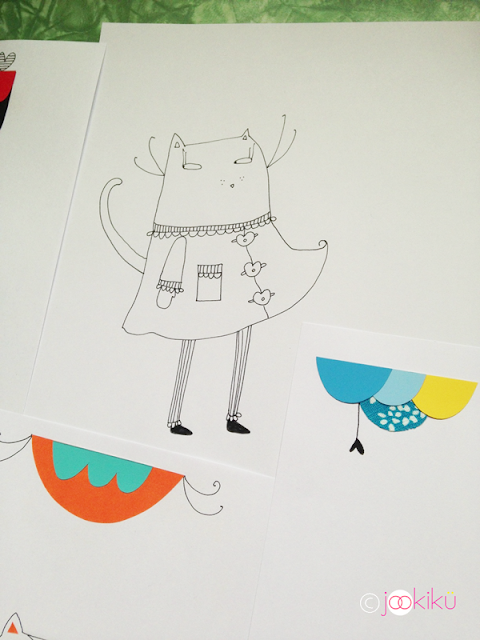 But for now, here's to a beautiful festive season spent with friends and family!
xxxxxxxxxxxx

Posted by Unknown at 9:16 am No comments: 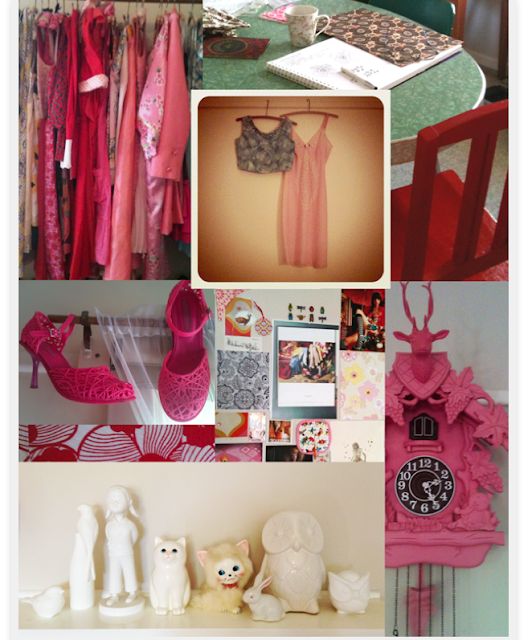 I was very excited this week to be featured on a beautiful blog that i love, tractorgirl. Julie Gibbons is the creative mind behind tractorgirl - a blog that showcases designers/creatives/makers; also provides tutorials; has a shop filled with Julie's creations...and so much more to discover! And we are almost neighbours (well, not quite...more like a small car trip away!)

You can take a little peek of jookiku's feature here. Enjoy! ;) 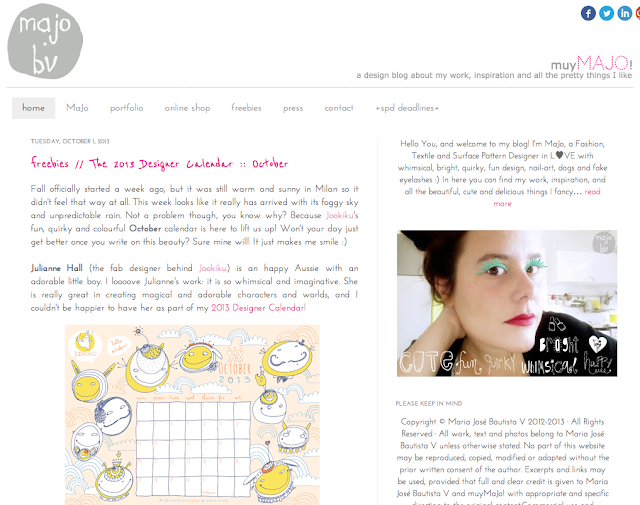 I am really thrilled to be featured on the beautiful and very creative blog, muyMajo today. Maria Jose Bautista (or Majo as we call her) is a gorgeous friend, fellow surface pattern designer and creator of this beautiful blog. I was lucky enough to have been asked to be a part of her 2013 calendar project...and i had so much fun designing the artwork for the month of October. The high resolution artwork can be downloaded from her blog. And while you are over visiting at Majo's please make sure to check out all her beautiful work....her blog and website are choc'o'block full of so many creative treats!

Posted by Unknown at 8:08 pm No comments:

Where did September go?

Actually where did the last 3 months go??? I haven't been such a great blogger over these past 3 months. It has a lot to do with Winter, hibernating and not being in the mood.
But Spring has well and truly sprung....and i think i have my blogging mojo back!! 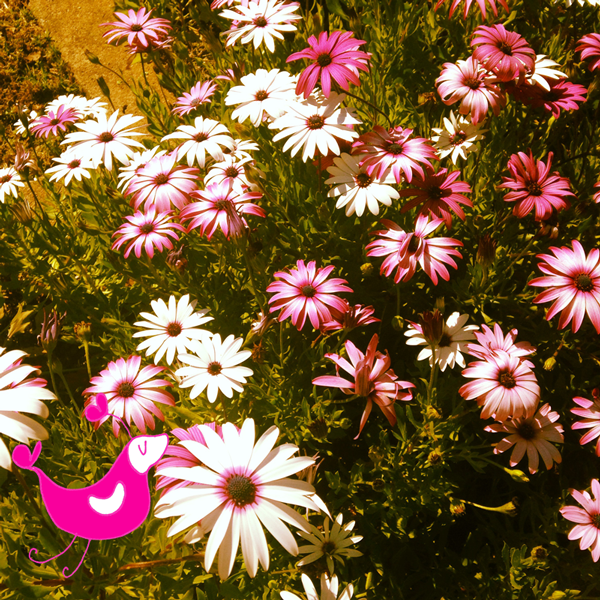 I can't believe Harry and i were playing and tobogganing in the snow only a couple of months ago! 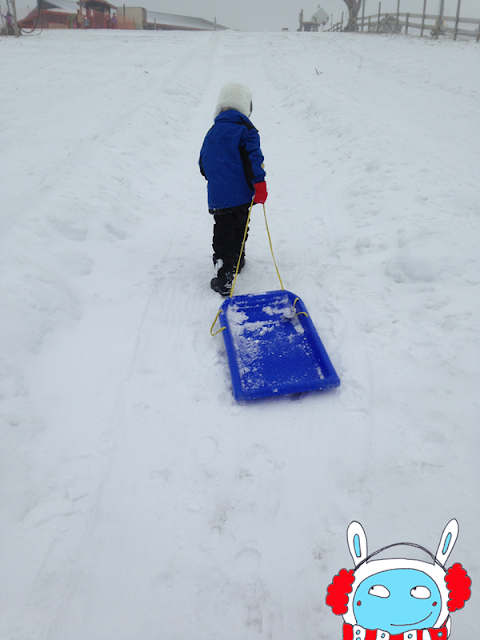 i have done a bit of a revamp of the jookiku website and have included lots of new patterns....
here is a peek..... be back soon x 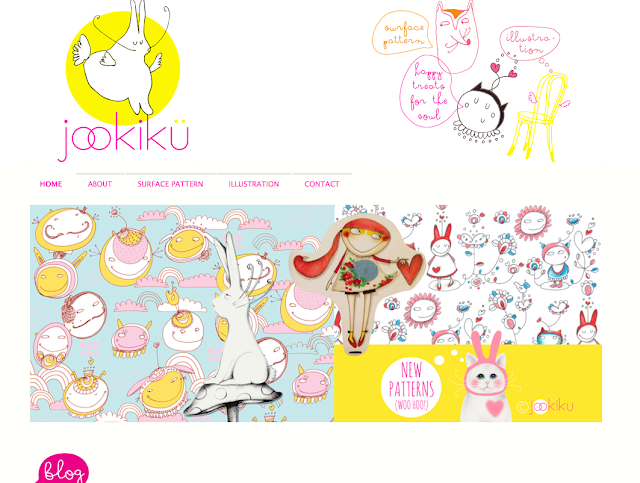 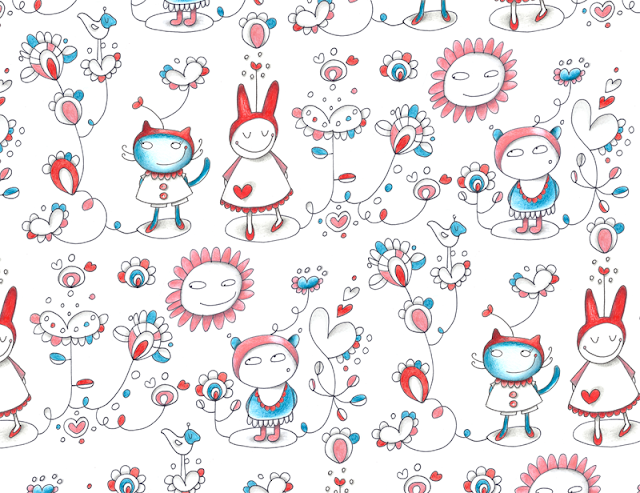 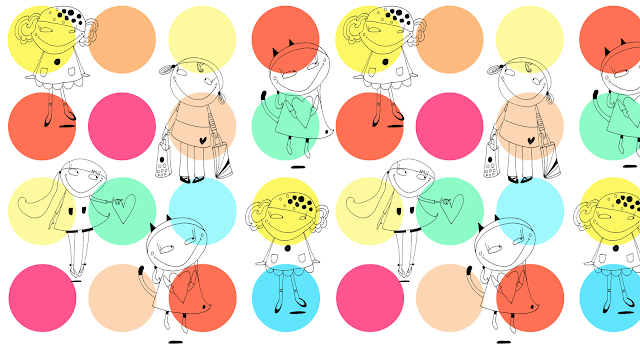 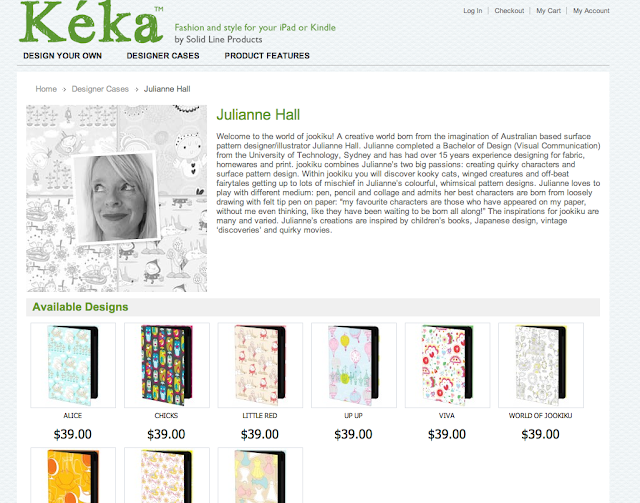 Woohoo! Something that has been in the pipe-line for a little while...jookiku has a new licensing contract with the American based company, Keka. You can find my patterns on their ipad and kindle cases over here! Anyone in need of a gift for a friend...or for themselves?? :)
Posted by Unknown at 1:01 pm No comments:

Welcome to the world of jookiku!
I'm Julianne. This blog is all about what I do and what I love: surface pattern design and illustration. It's also a little place to capture the lovely and the magical things in life!
Thanks for stopping by!